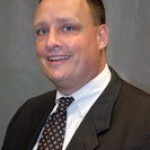 Middle schools across the country have been asked to reform every part of their curriculum, assessment practices, instruction, and even how teachers and principals are evaluated. Leaders have been challenged more than ever to connect to every stakeholder to ensure that progress is being made in all facets of their schools and accountability is at an all-time high. How would staff respond to these demands? Would students and parents step up to the challenges? At a recent conference, Dr. Dean Ramirez, Principal of Lewiston Porter Middle School presented on the concept of threat rigidity where he noted the body of work by – Staw et al. 1983; Daly, 2009 that said, “When faced with significant threat, organizations and individuals may close down, reduce information flow, engage in poor decision-making, and limit divergent views.” Would there be too many initiatives for one building to handle?

Approximately two years ago, Cosgrove Middle School in Spencerport, New York started a discussion and journey that enlisted the help of other districts, New York State Education Department and New York State Middle School Association. Cosgrove had just adopted a new schedule; curriculum that was aligned with the Common Core Learning Standards in Math and ELA; and anticipated changes with the Social Studies framework from New York State; as well as a new APPR. During this time, Cosgrove also started to evaluate the school using the Schools to Watch (STW) rubric and the four domains: Academic Excellence, Developmental Responsiveness, Social Equity and Organizational Structures and Processes.

Evaluating every part of Cosgrove Middle School was the goal of the “Building Planning Team” (BPT) aka, “shared decision making team” made up of teachers, parents, staff, and administration. As the team listened to how other schools used the Schools to Watch rubric to evaluate their schools, they began wondering how to apply what they learned to Cosgrove. The following questions started to surface: “Would they apply for the Schools to Watch designation?” “Would they simply use the rubric to evaluate their school?” “Does the process align with the district’s mission and strategic plan?” “Will the staff get to vote on whether to apply?” Could this initiative paralyze the staff and cause the building to make poor decisions that supported Dr. Ramirez’s study of threat rigidity?

During the 2014-15 school year, Cosgrove’s Building Planning Team met for the first time in August to align the rubric with the district’s mission and strategic plan. At least two members of the BPT were assigned to become experts in their designated domain. The members of the BPT met at least monthly and continued to evaluate school practices, analyze rubrics, and the four Schools to Watch domains to determine the strengths and areas of growth for the building. As part of the district’s shared decision making process, the plan to evaluate Cosgrove using the Schools to Watch rubric was put to a vote. Overwhelmingly, the staff supported the plan for this year.

The leaders responsible for each area presented an in-depth analysis on where they believed Cosgrove was with their domain area and the specific indicators that are part of the STW rubric. What appeared to be an inordinate number of growth opportunities surfaced. How could they make substantial changes and continue to improve? Through collaboration, the team analyzed the impact of each domain: Academic Excellence,

Developmental Responsiveness, Social Equity or Organizational Structures and Processes. At least two members of the BPT were truly becoming experts in their area and they were connecting how it aligned with our building plan. An identical survey was created to reflect the 37 point rubric. What feedback would be given to the team? Would staff still support this process to improve Cosgrove using the “gold standard?” While the entire staff was taking the survey, New York State Education Department sent out a notice that they would be offering a training in July with the New York State Middle School Association on Schools to Watch program. The Superintendent and cabinet supported sending the team to learn as much as possible about the process.

The conference in Cortland, New York was eye opening to the seven members of the team that attended. Collectively, the team’s confidence started to grow by having so much knowledge and understanding how the foundation of the Schools to Watch program addressed continuous school improvement. Results of Cosgrove’s survey were brought to the conference and the data revealed that a ton of work needed to be done across all areas. It was clearly heard by members of the team that the entire staff should have a say about how to move forward. Simultaneously, the administrative team had also been working with department based teacher leaders to address the areas within the academic excellence domain. Curriculum projects were being developed during the summer by teams to establish cross curricular projects at all three grades. In addition, a STEM project was also being created with the science and technology departments. Action steps would need to be prioritized in all four domains.
Momentum for this model of school improvement process took a positive turn with many getting involved from the district. In addition to the Schools to Watch training in July, the district agreed to send a group of teachers to the annual New York State Middle School Conference in September to see how these best practices were applied within schools across the state. Building Planning Team members and the administrative team developed a presentation and a plan that was presented to the entire staff that included the survey results with their feedback and rating of each indicator domain. A comprehensive building plan with the action steps connected to the domains allowed staff members to see the prioritized effort. Parents were provided an overview early in September during curriculum night on how Cosgrove would continue to evaluate our school using the designated rubric. The Principal’s Advisory Council
students were able to learn about the four domains and discovered how Cosgrove hoped to move forward this year. During this time, the superintendent continued to learn more about the Schools to Watch process and how it could benefit middle schools by attending a breakout session at The Council of School Superintendent’s Fall Leadership Summit. The Building Planning Team members also updated the Board of Education in October.

In an effort to continue the goal of transparency and collective school wide effort, a vote allowed every member of the staff to decide the next steps. The staff was presented with two options to support the plan and continue to use the STW rubrics to evaluate Cosgrove or to apply and see if a site visit would be granted by completing an application which would be due by July 1, 2016. Many members of the BPT were asked challenging questions and some hints of the “threat rigidity” could be felt.
The results of the vote from Cosgrove were in. Compellingly, the staff supported the Building Planning Team’s effort to apply and seek a thorough investigation of how Cosgrove compares to other schools that have earned the designation as a “School to Watch.” Despite all of the initiatives, demands, obstacles, the decision to apply was based on the notion that continuous school improvement process was supported by the best practices that are noted within the intense rubric. In addition, the “threat” and “rigidity” that Dr. Ramirez referenced in his presentation, reflects the paralysis that school teams face in addressing competing initiatives and obstacles. In reflecting on how important school improvement is to all schools, the takeaway is the need to be collaborative, engage and inform all stakeholders, and show how best practices can positively impact a school. School improvement is clearly a journey, not an event.
Daly, A. J. (2009). Rigid response in an age of accountability: The potential of leadership and trust. Educational Administration Quarterly, 45(2), 168-216. doi: 10.1177/0013161X08330499
Staw, B. M., Sandelands, L. E., & Dutton, J. E. (1981). Threat-Rigidity Effects in Organizational Behavior: A Multilevel Analysis. Administrative Science Quarterly, 26(4), 501-524. 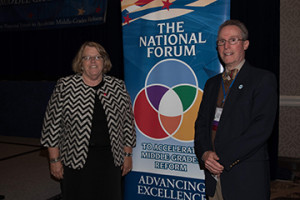