A Brief History of the Essential Elements and EE: STW for Middle-Level Education in New York State

In 1984 the Board of Regents approved the “Regents Action Plan” to improve elementary and secondary results in New York State. This led to the adoption of the initial Regents Policy Statement on Middle-Level Education. In 1989, the Office of Elementary, Middle, Secondary, and Continuing Education at SED created the Statewide Network of Middle-Level Education Liaisons which continues to this day as a very active advisory group to SED and the EE: STW Leadership Team.

In 1997 the Liaisons and the NYS Middle School Association working cooperatively with the State Education Department developed a six-day, professional learning program for practicing and prospective middle-level educators called the Middle-Level Academy. What followed in conjunction with the Academy was the development of a Middle-Level Review Protocol used to help middle-level schools determine the degree to which they were implementing the Regents Policy Statement on Middle-Level Education (and, later, the Essential Elements of Standards-Focused Middle-Level Schools and Programs).

In 2004, the Rubrics for the Essential Elements of Standards-Focused Middle-Level Schools and Programs were developed. Also in 2004, the NYS Middle School Association, in working with SED became the host for membership of New York State in the National Forum to Accelerate Middle-Grades Reform’s Schools-to-Watch Recognition Program. Preparation of the protocols for using the Essential Elements and their Rubrics to support school improvement and middle-level reform was completed in 2005. The first cohort of middle-level schools to be selected for New York State’s Essential Elements: Schools-to-Watch (EE: STW) Recognition Program followed in 2006. To date, there are twenty-seven middle level programs or schools designated as EE: STW in New York State.

In 2014, the EE: STW Leadership Team was created to promote the EE: STW program statewide, reinvigorate the collegial network between EE: STW designated schools, and enhance the program to assist any middle-level school or program in New York State to begin a trajectory of continuous improvement. 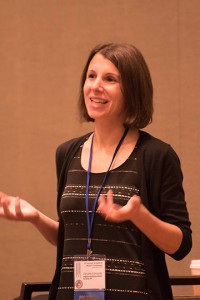