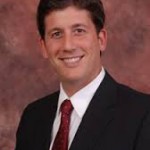 I was asked the other day why our middle school uses letter grades instead of number grades. In a nutshell, any grading system has the power to promote or detract from learning. In my opinion, the most important factor in making any grading system useful is to make sure that teacher and student mindsets are focused mostly on student learning and not on student scoring.

That being said, if I had to break down this issue into the simplest terms, I would say numbers are for sorting and letters are for learning. Here’s why:

The problem with numerical grading: Numerical grading systems are problematic for two basic reasons (there are more reasons, but I will stick with these two for now). First, grading anything or anyone on a scale of 0-100 creates a large margin for error (Think teacher APPR scores!). The larger the range, the more room for error in arriving at a final grade. For example, I challenge you to show me the difference between an English essay that is scored as a 76 and one that is a 79. In fact, I once gave seven English teachers the same essay to grade and the scoring ranged from 71-83 using the same rubric! Now if you expand this margin for error to multiple assignments and tasks throughout an entire quarter, it becomes almost impossible to truly say that a student’s grade (let’s say 82.7, for example) is an accurate reflection of what they know, understand, and can do in a subject area. No matter what rubric you use, breaking everything down on a 100-point scale creates large margins for error and that leads to inaccurate grading.

AND the second largest problem with numerical grading:

It fosters a culture of arguing for points! Parents and students see the number 76 or 89 and it immediately sets them into ‘search and rescue’ mode, looking to find possible points. This immediately sets teachers into “defend and protect” mode as they put way too much effort into designing 100-point rubrics that protect their academic decisions against point grubbing students and parents. The energy on both sides becomes focused on getting points or protecting assigned grades.

I was recently working with a student currently in a middle school using numerical grading and I felt all of his energy and effort was focused on “not losing” points. When I asked him what he was learning, he didn’t seem to care unless it resulted in getting the number of points that his parents would deem acceptable. When he got a poor grade, instead of going back to learn what he didn’t understand, he would try to get extra credit points by doing additional assignments or tasks. While I don’t mind students signing on for more work, I would rather they go back and learn what they actually didn’t understand!

While having every student ranked by a numerical grade can easily help a school to sort who gets the points and who does not, who should go into honors level courses and who should get additional support, in the end, it is not the most accurate way of tracking student progress. In addition, what is lost for teachers, students, and parents alike in a numerical grading system is the focus on what is most important: a healthy student and teacher commitment to growing and learning!

Why letter grades are for learning: A letter grade system can be just as ineffective as a number system. However, letter grades, when focused on student learning can actually be more effective at promoting a culture that focuses on learning and growing.

So let’s start with what the letter system needs to be. It cannot be a point system that then gets translated into a final letter grade. That would be the same as a numerical system (but in disguise!).

Mathematically, a letter grade system effectively condenses the 0-100 point scale into a 4-point scale. A 4-point scale (A=4, B=3, C=2, D= 1, F=0) significantly reduces your margin for error and results in more accurate teacher reporting on student progress.

So let’s go back to that English essay. When I gave the same essay to seven English teachers and asked them to assign a grade based on a letter grade system, six teachers assigned the essay a C and one assigned the essay a B. While not perfect, the margin for error here is FAR LESS and when you look at that essay, it is easy to see why it meets the standard but has specific room for improvement. Now, instead of a fight over getting a few more points on the essay, the conversation with the student or parent can focus on what matters most, “How do we improve your writing so that it goes from the level of just meeting the standard to one where the student is mastering the standard?”

While no grading system is perfect, a well designed letter grading system promotes a school culture focused on student growth and learning rather than a culture that pits teachers, students, and parents against one another as they fight over keeping or losing points. That kind of culture can become toxic and counterproductive to our goals as educators.

In closing, one of my teachers recently said something extremely powerful to me regarding her grading practices as she moved away from a point system. “Once I let go of grading my students as it related to getting points, I started to have so much more fun with them in the classroom. They took more risks with their writing because they weren’t afraid to lose a point here or there. Parents stopped calling to argue about grades, and we focus more now on improving a skill or understanding. It’s like a huge weight was lifted off all of us and I am now the coach instead of the judge.”

That is a pretty powerful statement and a true sign of a classroom culture focused on learning. Regardless of the grading system you design – clearly I am an advocate for letter grades – make sure you find a way to focus your grading system more on what matters most: LEARNING! 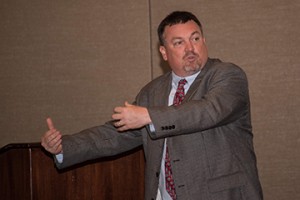